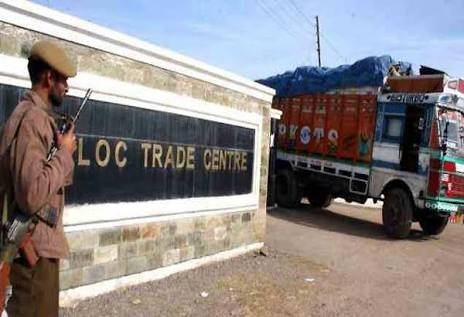 In a bid to boost the cross Line of Control (LoC) trade between India and Pakistan neighboring countries, a ten-member delegation of Salamabad Trade Union of Uri are scheduled to visit Muzaffarabad from tomorrow to meet their counterparts across.
The 10 members include Salamabad Trade Union President, Tariq Khan, General Secretary, Hilal Turkey, Peer Arshid, Iqbal Lone and others. The traders are scheduled to visit Muzaffarabad, Chakoti, Rawalakote where they are scheduled to meet the trade associations to increase the trade between India and Pakistan.
General Secretary, Hilal Turkey told that they have scheduled to visit several business points in Pakistan. “Cross LoC trade is the biggest Confidence Building Measure (CBM) between the two parts of Kashmir,” he said.
Turkey said that the trade between the two parts of Kashmir didn’t go like the way it could have been. “The non-availability of facilities including banking facilities, communication of trade items stopped the trade to increase day by day,” he said.
Appealing Indian and Pakistan to discuss to make more cross LoC trade more string, Turkey said that as the dialogue process has been initiated between India and Pakistan and now they should also focus on the cross LoC trade between the countries.