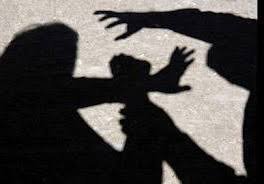 The Anantnag police has solved twin infant murder case bringing to fore the motive behind the gruesome killing. The police said the accused mother killed her two kids in Khretti Larnoo area of Kokernag last week to “teach her husband a lesson.” In an emailed press statement, police said that during the course of investigation it came to fore that the infants were killed mercilessly with a knife by their mother Ruqia Bano wife of Tariq Ahmad Wagay.

Police said that after killing the kids, accused (Mother of the kids) attempted suicide with the weapon of offence. Giving details, the police said on 13th of January 2016 Police Station Kokernag received information regarding the murder of two infants identified as 4 year Imran Wagay and his 2- year-old sister Chandni whose mother was also found wounded at Khretti Larnoo, Kokernag.
They said that in pursuance to this information an FIR Number 05/16 under section 302, 307, 452 PRC was registered in Police Station Kokernag and the investigation was taken up by a special investigating team (SIT) constituted by SSP Anantnag Shri Abdul Jabbar. Police said that during the course of investigation it came to fore that Ruqia Bano wife of Tariq Ahmad Wagay and mother of two slain kids, killed her infants mercilessly and later attempted suicide with the same knife. They said that it also came to surface the accused wanted to teach a lesson to her husband by killing the children who she was suspecting of having an extra marital affair with a woman in her neighborhood.
“Further investigation is going on and SIT is meticulously looking for evidence and reasons which lead her to commit such a heinous crime, which sends shivers down the spin,” police said in the statement.