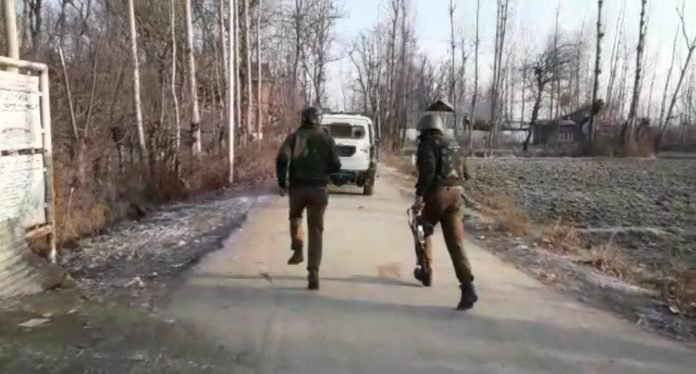 Police in a statement said that A search operation was launched jointly by the security forces based on a credible input about the presence of militants in Monghama area  of village Sirnoo in District Pulwama today morning.

During the search operation, which was an open field with hideout made by the terrorists, hiding militants fired indiscriminately leading to an encounter.

Consequently Army personnel got injured and one Army jawan succumbed to his injury while others are being treated at a hospital.

While the operation was going on, a crowd who came dangerously close from different parts to the encounter site got injured.

The injured were evacuated to hospital where unfortunately seven persons succumbed to their injuries.

Others who were admitted in the hospital are stated to be stable.

The loss of civilians is deeply grieved. Police once again appeals the citizens to remain away from encounter site as it is a prohibited zone which involves significant danger to life because of nature of the encounter.

In this encounter three militants were killed. Bodies were handed over to the legal heirs after completion of medico-legal formalities.

Police has registered a case in the matter. Incriminating materials including arms and ammunition recovered from the site of encounter have been taken in case records for further investigation and probe their complicity in other terror case.