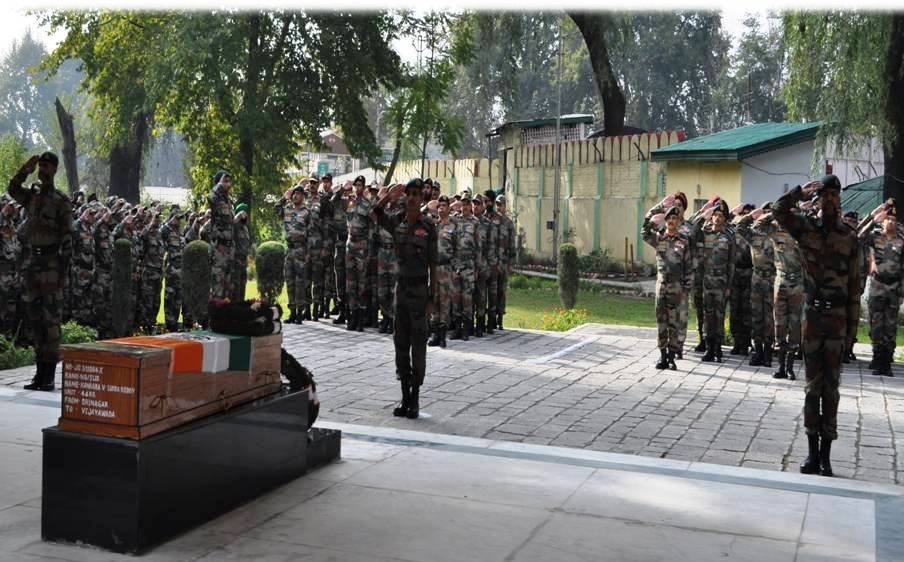 In a  tribute to a martyred hero, the Army today paid homage to Naib Subedar KVS Reddy who had laid down his life while fighting the militants in Pulwama yesterday.The late Junior Commissioned Officer was part of the operation launched by the security forces yesterday inDrabgam Village of Pulwama District which resulted in the killing of two HM militants.In a solemn ceremony at BadamiBagh Cantt, The Chinar CorpsCommander Lt Gen Satish Dua saluted the valour and sacrifice of Naib Subedar KVS Reddy by laying wreath on behalf of all ranks of the Corps. Floral tributes were also paid on behalf of the Northern Army Commander.