Home Bollywood How India treats me? (An opinion of a first Saudi female Bollywood... 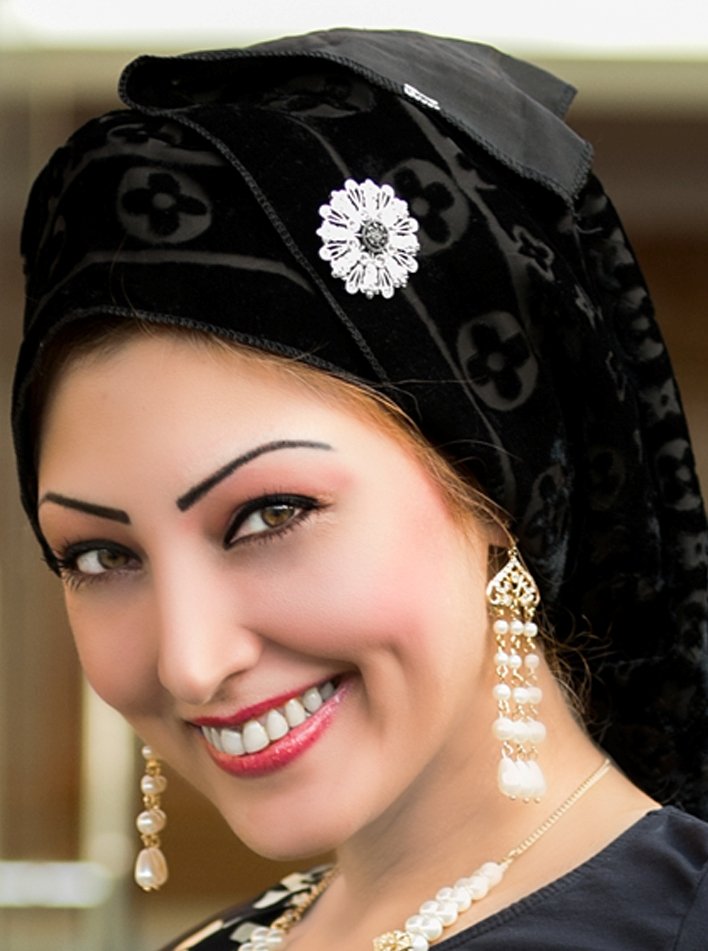 How India treats me?

(An opinion of a first Saudi female Bollywood director)

There are two types of people in this world – those who think and those who walk the talk.

I have always strived to be counted as the second type. Goals, to me, are not only a thought or an idea – they are challenges. Targets don’t daunt me, they motivate me. I refuse to be shackled by the fear of unknown.

When, about three years ago, I decided to make a movie in ‘Bollywood’ – “Be careful”, “Ah, it’s a big bad world of liars and cheaters” and a more mundane “it’s not as easy as it sounds” were the common refrains. Friends after friends, many of them Indians deterred me from walking the talk.

All such refrains couldn’t lessen my resolve. I reminded all my well-wishers that I was a battle-hardened woman journalist in a country, where woman have to put in a lot more extra efforts to match up with their male counterparts, that I have handled huge challenges, and that nothing is impossible. I have always believed that one can either stay in the shallow end of a pool or can jump in an ocean and capture it – I resolved to jump in the ocean. My decision was firm – and once that’s made – opportunities, ideas, people and circumstances help you along the way.

My tryst with ‘Reem’ – my maiden Bollywood project in production stage – therefore started with careful research, planning and hands-on experience. I not only got involved in making on a Saudi movies to gain hands-on experience in the art of film making, but also visited India many times to understand Bollywood and its work culture. Before zeroing on Mumbai, I did a number of research tours to Mumbai and Hyderabad (as well as a couple of other countries). I found Bollywood to be most progressive, stimulating and practical – and at par with the best in the world. I am lucky to have an experienced and dedicated team for my film. Unlike many other countries, which I don’t want to name, no one in Mumbai makes me feel uncomfortable by telling me countless times that I am pretty. No one treats me like a woman but as a professional and a person. They respect my abilities, hard work and leadership qualities. I have personally witnessed the hard work my team is putting in for this film – and it makes me confident that ‘Reem’ will not only see light of the day but also be successful in what it purports for.

A word about Saudi film industry – it’s in a nascent stage. The people inside it, however, are extremely hard working and dedicated. There are very few women working in Saudi film industry – and I could very well be the first. However, I welcomed with an open heart. My team helped me in learning the basics of film making – and appreciated my dream of making a Bollywood movie, initiating me within their fraternity as if they long awaited a sister-in-arm. Even though the Saudi film industry is taking baby steps, I can vouch that the enthusiasm, passion and talent therein is palpable.

One of the first questions that I faced, while in India, was why a journalist from Saudi Arabia is making a movie in Bollywood. The question cropped up again and again in all my meetings with Bollywood professionals. The answer came from within my heart.

My country Saudi Arabia is a closed conservative and traditional society – it doesn’t communicate with the outside world too much. It, like every other society, has both good and bad things – but only the bad things are known to the outside world. For instance, most Saudis are shown as womanizers throwing money on woman performing ‘Mujra’ in many Bollywood movies. As a Saudi citizen – I have always strived to portray the good things about my country – its bewitching beauty and scope for tourism, its culture, traditions and its march towards modernity. Films, I believe, can be a powerful medium to portray the good things about my country. Bollywood – the second largest film industry, thus, provides an excellent platform for me to make a film that would not only tell a beautiful human story but also bust myths and misinformation about Saudi Arabia and its society. Once they realized my goal – they were extremely supportive. One of them said- “We are with you in your pursuit to connect heart” – since then, I have always found strong support from my team members and others.

It is not for the first time that I am working towards this goal – I have been doing a very successful international show ‘Marhaba with Sameera Aziz’ for a UK-based radio station ‘Asian Radio Live’, in which I share feel-good stories about Saudi Arabia and Arab world with a global audience. My film ‘Reem’, therefore, is next step in this direction and I intend to produce and direct it under my own production house ‘Sana Solkar Production Pvt. Ltd.’, headed by me and my great team-mate Aslam Solkar. My experienced team always instilled me with a sense of confidence and professionalism – two important ingredients needed to break new grounds in Bollywood.

My experiences in India were a far cry from all the refrains and cautions that I heard from people trying to deter me. Most of those, whom I met in Bollywood, had little or no information about my country – considered Saudis to be rich, spoilt and ultra-conservative. They were surprised that there could be a Saudi woman, who steps out from her house, becomes a journalist, a global radio presenter and a film maker in another country. They went out of their ways to encourage and assist me in my pursuits. I found the Bollywood personnel to be extremely efficient, hardworking, professional and enthusiastic – and comparable to best in the world. Despite working in a cut-throat competitive atmosphere, the people I met supported and promoted me – a woman from another country – as a sister, as a fellow human being. When I juxtapose this with my great experience in Saudi Arabia, I feel a heartwarming emotion because in Bollywood, I met and worked with amazing people, who supported me just for the sake of humanity, despite the fact that I do not belong to their country or social milieu. The professional experience in Bollywood left me with a sense of professional empowerment that I did not feel before. It speaks volume about the equal opportunities and empowerment that Indian women receive in every walk of life therein.

Indians in general are extremely hospitable people. They treat their guests with utmost respect and care. For example, just last month- while I was on a work trip to Mumbai, staying in ‘Lalit Mumbai’, one of my production team member advised me to move to another hotel that, apart from being closer to my work place, offered free Wi-Fi. The free Wi-Fi was an attractive offer as much of my professional work happens on internet or through Skype and Whatsapp. However, when my hosts at ‘Lalit Mumbai’ realized the reason for changing the hotel – they immediately swung into action and provided me a dedicated internet connection, saying that they were honored to have a Saudi woman media professional as their guest. Similarly, I used to use the services of ‘Persian Durbar Restaurant’, close to my hotel, for my dinner. The Restaurant usually closed its kitchen at 11 pm – however when they came to know that I was a woman from Saudi Arabia making a film in India who has midnight hunger pangs, they started opening their kitchen till 1-2 am to receive my orders as a special gesture. It seemed that every person I met was took self-responsibility to ensure that I do not leave India with a bad experience or memory. I wished that my co-nationals back home could imbibe this spirit from Indians.

India, I used to hear, was making giant strides in infrastructure. I had a brush with it in Mumbai, when I rode Mumbai Metro. A word about the metro – Mumbai has a massive Suburban Railway Network that criss-crosses the length and breadth of this giant city and provides cheap and reliable public transport. This, however, is severely overcrowded and a need to supplement it was felt. Thus Mumbai Metro project was born. Today the Mumbai Metro is a state-of-the-art public transport in league with the best in the world. I am told that equally modern and impressive Metro Projects have been rolled out in almost a dozen different cities in India. I wished in my heart that we should not only have such modern public transport systems – but also that Saudi should make an informed choice of using public transport over personal cars in order to take care of environment.

My experiences in Bollywood, in hotels and restaurants, in market places, in public places – makes me confident to say that Indians are one of the most professional and dedicated work force – which if given conducive environment can achieve a lot. My experiences in India have buttressed my belief that we should step out of our comfort zones with an open mind – learn to appreciate and imbibe the good things, prepare and accept discomfort and uncertainty. Once we learn to take the crests and troughs in our stride – we have the ability to do all kind of things.

I decided to live purposefully in my life. I took multiple actions that made me a stronger person then I advanced my goals. I don’t get distracted to the bitter and conservative world. I have good people and progressive forces by my side. I know my values and I have huge experience in Journalism which taught me my limits, professionalism and responsibilities. For me, living purposefully is like adding fresh and dry wood onto the fire and watching it burn. Exerting the effort to do for yourself and others is like an elixir that washes away the blues. I do not decide to become extraordinary. I just decide to accomplish extraordinary things. I decided with passion and commitment to go for it and I have been doing what I must do to make it happen. I make the commitment to move forward no matter what, and I honor that commitment each day.