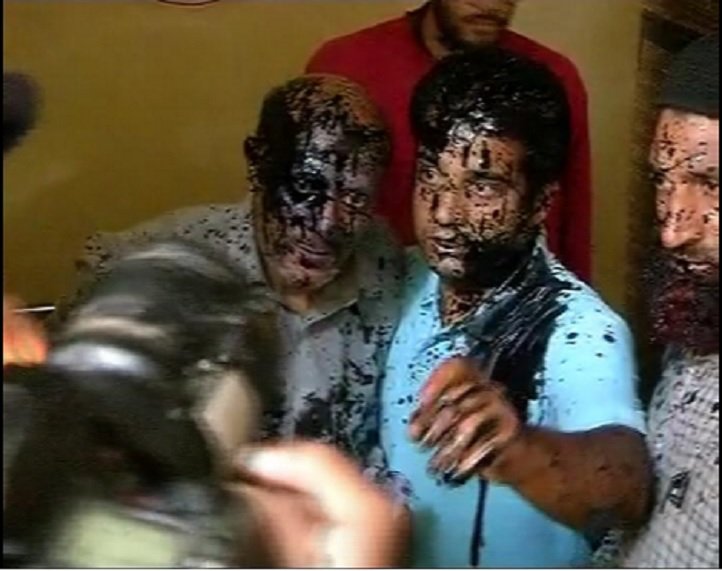 Ink was thrown at J&K MLA Engineer Rashid outside the Press Club of India in New Delhi today.

He was immediately escorted to safety while the police took away the ink thrower.

Rashid was recently beaten up by the BJP MLAs inside the Jammu and Kashmir Assembly for allegedly hosting a beef party.

This comes close to the incident of ink being thrown at former BJP aide Sudheendra Kulkarni in Mumbai before a book launch of former Pakistani minister.

The protestors, who threw the ink, were shouting that Engineer Rashid has insulted cow, considered to be mother.

Chief Minister Mufti Mohammed Sayeed has condemned the ink attack on Rashid. In a statement, the Chief Minister said that in a vibrant democracy like India, we need to have courage to respect dissent and provide space to different points of view. “The spate in unpleasant incidents such as this is most disturbing,” he said.